The People’s Panorama is an ambitious project to create a community heritage resource recording and documenting the six-kilometre stretch of road from Aldgate to Stratford in East London. The project will celebrate the High Street at this historic point in its development and act as a record of the route from central London to the 2012 Olympic Park.

The Panorama High Street 2012 volunteers have spent the last two months undertaking detailed research of 150 ‘Significant Buildings’. Rakan, one of the volunteers, reflects on what the Post Office Directories reveal about Bow Road…

My section of the High Street 2012 survey focuses on a row of listed early Victorian Terraces on the last stretch of Mile End Road and the beginning of Bow Road. While the buildings themselves are wonderful they aren’t especially architecturally unique and on the whole have mainly been used as homes for nearing their 200 years of existence. This presented a challenge. As opposed to someone who was tasked with researching a cinema or a hospital, these houses at first look (give or take a uPVC window here and a concreted front garden there) are pretty much as they were built.

With this in mind I settled into Tower Hamlets Archives. With 80 years worth of Post Office Directories at my disposal I was sure I could come up with some interesting histories of these terraces. The Directories (or Kelly’s Directories, the name under which they were published) are a fascinating series of volumes dating back to the early 1800s which among other things attempt to list every inhabitant or workplace at every address in London.

The directories provide a fascinating picture in micro-detail about who lived and worked in this part of London throughout the building’s history. What I was able to learn from following the directories through the years was that the houses were initially occupied by private residents. While a few were used as schools or nurseries (easy to run out of a home environment) it wasn’t until later that other cottage industries started to set up in these buildings. Tailors and related crafts people were probably the most predominantly found inhabitants of the buildings between 415 Mile End Road and 23 Bow Road. However there were also several occupants from the medical professions, with 1 Bow Road in particular being a home to physicians for well over 100 years. This could have something to do with the nearby presence of St. Clements Hospital, but is also a comment on the relatively well off nature of inhabitants of these terraces whilst the area was still seen as desirable.

It is also interesting to see that most of the names of inhabitants throughout the 1800s seem to be of English descent but in the first half of the 20th century a number of other ethnicities seem to crop up, especially those of Eastern European descent. This helps to paint an interesting picture of the Mile End Road in relation to events in Europe and the world at the time.


Rakan
Posted by The Building Exploratory at 06:35 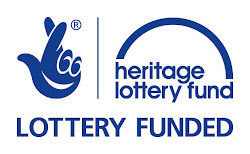 Which is your favourite building on High Street 2012